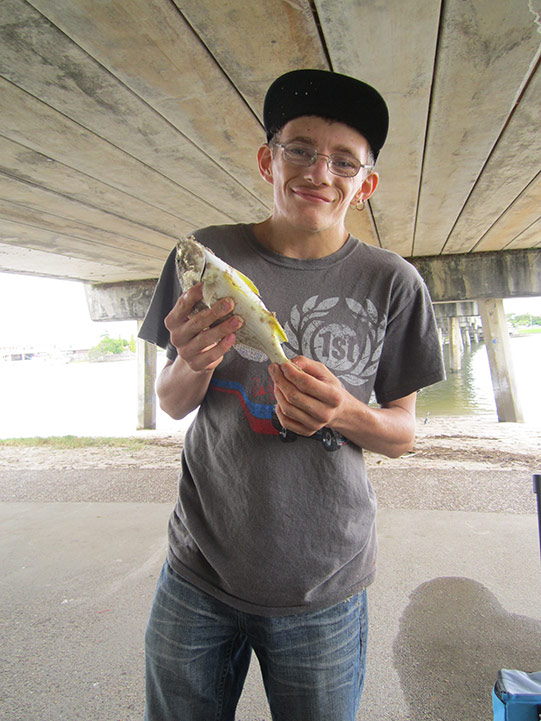 ALARA QLD Limited is a public company limited by guarantee with members rather than shareholders. 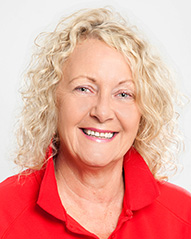 Jo’ joined the ALARA Association Inc. Board in 2002, serving as the President of the Association from 2008 until 2013 when she became the Chair of ALARA Qld Limited. Jo has extensive experience in retail including a range of managerial roles. She has recently changed her career focus, taking up a role in the Community Services sector and attaining formal qualifications in Community Services. As a parent of a person with a disability, she has extensive lived experience in a caring role. She is a strong advocate for people with disabilities and their carers, promoting a holistic approach to service delivery. 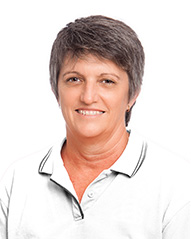 Cathy joined the ALARA Association Inc. Board in 2006, becoming a Board Director and Company Secretary of ALARA QLD Limited in 2013. Cathy has extensive qualifications relevant to her chosen career in Education. She has worked with people with a disability since the 1980s and in Special Education since 1990 teaching at Lowood, Cunnamulla and at Goodna. She is currently the Deputy Principal at Goodna Special School. She has been a Justice of the Peace since 2000. Cathy brings to the ALARA Board extensive knowledge of services and support for children and young people across the ALARA catchment area and a deep understanding of issues related to the provision of quality support services. 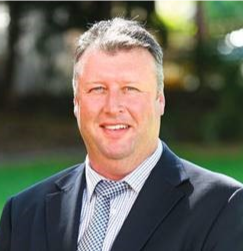 Phillip is a Regional Manager at Bendigo and Adelaide bank. He has previously held Senior and Executive Leadership roles in a diversity of sectors including Health, as the CEO of the Ipswich Hospital Foundation, Education, as Executive Director - Finance and Corporate Services at TAFE Queensland South West, Transport, as the Director - Financial Operations and Compliance at TransLink, Financial and Corporate Regulation, having held Senior Executive Roles with the Australian Securities and Investments Commission and the Australian Taxation Office, and Law Enforcement, having served with the Queensland Police Service in the Fraud Squad, Drug Squad and Proceeds-of-Crime Task Force.  He is a proud Ipswich local and he and his wife are Directors of a family-owned company that has pastoral and agribusiness advisory interests in the Rosewood area. 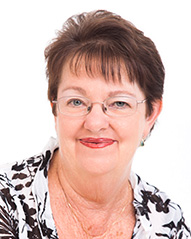 Noelene joined the ALARA QLD Limited Board in 2013 filling a casual vacancy. She has had a career as a nurse for 48 years and has held registration as a general nurse. Noelene has worked both in the private and public sector as a nurse with the last 28 years spent focused on working with school-aged children and their families in Community Health. As a keen orchid grower, Noelene has been an active and supporting member of the Ipswich Orchid Society for 14 years, also actively involved in her church commitments. As a grandparent of a child with a disability, she brings to the Board invaluable life skills and experiences. Noelene is committed to building community awareness of issues for people with a disability and their families.

B. Sp. Thy. (Hons); Cert IV Training and Assessment 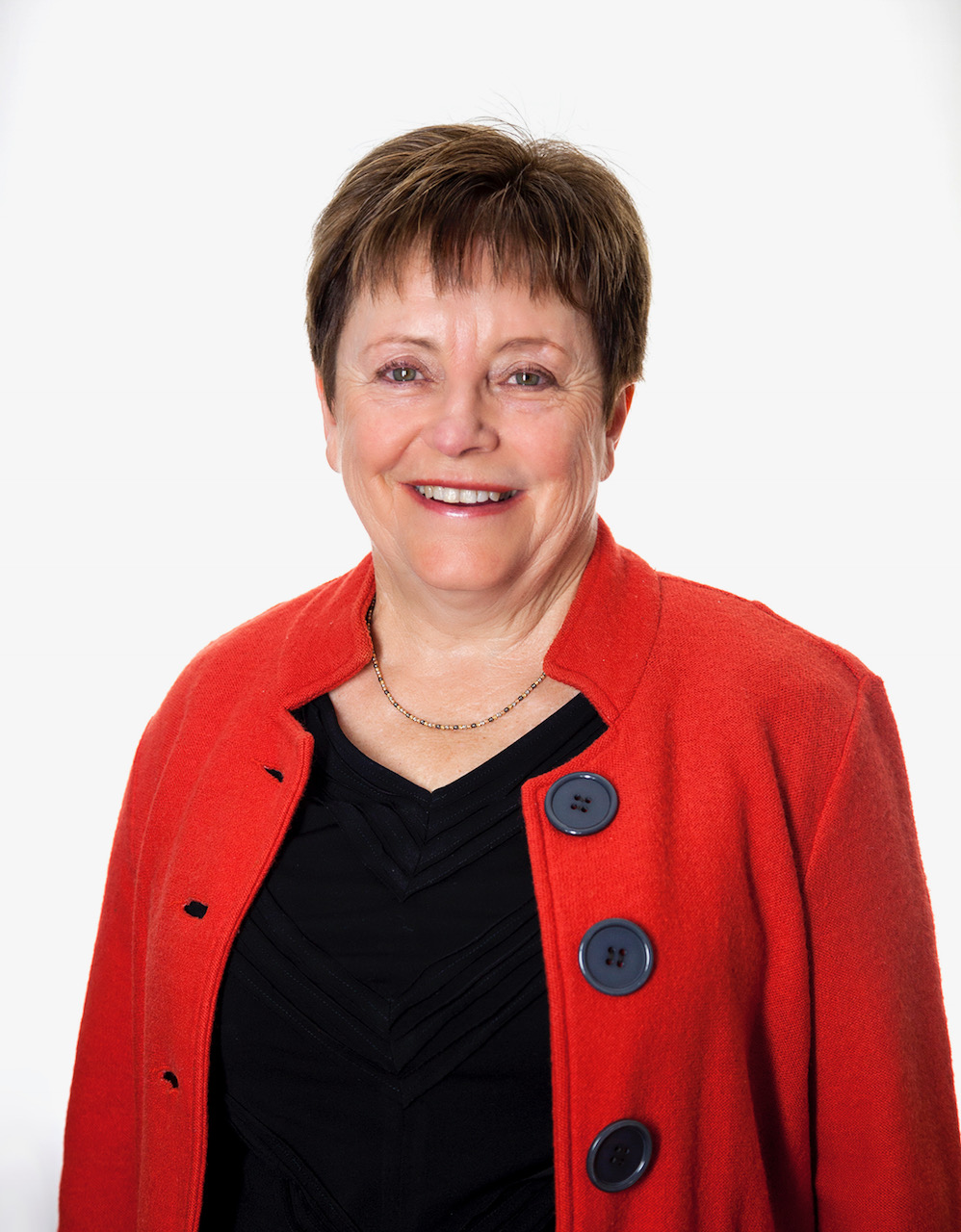 Marg joined the ALARA QLD Limited Board in 2018, filling a casual vacancy.  Marg brings to the role extensive experience in the area of disability and community services.  She was a practising Speech Therapist / Speech Pathologist for 29 years and subsequently worked in a range of key management and project roles for Disability Services at both regional and central office levels.  In the three years prior to her retirement from the Queensland Government, she held a key role in program and project management including a lead role in NDS Transition Projects - Participant Readiness and Information, Linkages and Capacity Building (ILC).  In addition to her knowledge and experience in the area of disability services, Marg brings to the Board a sustained commitment to the creation of opportunities for people with a disability to learn, participate and be included in their local communities. Louise graduated from the University of Queensland Dental School in 1985.

She has worked continuously in private practice in Rockhampton, the UK and, for the past 30 years, in the Ipswich and Boonah regions.  In 2005 she acquired the Boonah practice in which she worked and became its principal dentist.

Louise has been extensively involved in the Dental profession. During her student years, she served as President of the University of Queensland Dental Students Association.

She has been a member of the Ipswich Sub-Branch of the ADAQ since 1991, serving as its secretary from 1992 to 1993, and its President in 1996 and again between 2006 and 2012. She was a State Councillor of the ADAQ from 1993 to 1996 and served as the chair of its Oral Health Committee. She was a committee member of the University of Queensland Alumni, Dental Special Interest Group from 1992 to 2003, and served terms as both its Secretary and President. From 2004 to 2012 Louise was a member of the Dental Panel of Assessors for Queensland.

She is a member of the Australian Institute of Company Directors.

Louise has lived in Ipswich for 30 years and raised a family here. Diane Joined the ALARA QLD Limited Board in 2022, filling a casual vacancy.

Diane worked as both a solicitor and policy adviser in local government for over 30 years and also worked for a number of years in private practice as a solicitor.  She qualified as a solicitor in Queensland, England and Wales; and has worked in Brisbane, London and the United Arab Emirates.  In the latter part of her career, governance was an area of particular focus.

She is experienced in the operations of NFP boards and was a member of the board of a local arts organisation as well as a member of a national professional board for a number of years.

With both her parents and her grandmothers having been nonagenarians, some of them with chronic conditions, Diane is especially interested in the provision of quality services to assist the elderly. 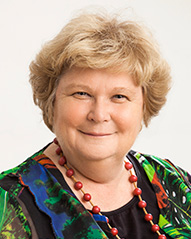 Judy has over 30 years of experience in the Disability Sector, initially as a Speech Pathologist and for 25 years in Senior Management and leadership roles. She possesses extensive experience in the development and provision of innovative and responsive services to address the broad range of support needs of people with a disability including accommodation support, respite, day and community access services, lifelong learning programs, employment services, specialized transport services, information and case management services, technology and assistive equipment services and Allied Health services.

Judy has presented numerous papers at State and National Conferences predominantly related to the provision of community-based accommodation support, community inclusion and participation, ageing and disability, transition and retirement planning and the impact of funding and legislative changes on the sector. She has actively participated at local, state and federal levels in a range of consultation and focus groups around issues and initiatives relevant to the disability and broader community sectors and has contributed as a sector representative on State and National Reference Groups. Judy has been an NDS Qld Committee member for the last nine years.

Outside her paid roles, she has served on a number of committees of management for a range of community groups, in the childcare, and education sectors and is a past board member of a national disability employment provider. Iain has been a Chartered Accountant for over 25 years with experience in Financial Services, Media and Not-for-Profit sectors.

Iain is married with two children and community connections through church involvement. Michael has dedicated over 20 years of his career to working with individuals and families with a disability. He has over 15 years of knowledge and experience in working and understanding complex Neurological conditions like Multiple Sclerosis. He also has lived experience as a carer and has worked as a support worker throughout his career.

Over the last 20 years, he has established many strong connections and built working relationships in both the not for profit and departmental sector in Queensland, NSW, Victoria, Tasmania and Great Britain. He holds a strong interest in the future development and ideology of the NDIS in delivering and meeting the needs of people living with a disability in our community.

With the full transition to the NDIS, he looks forward to continuing the development of new opportunities for our customers and growing workforce. 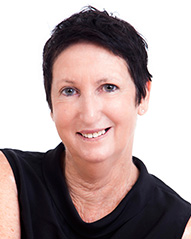 Narelle has been employed in the Finance area of ALARA for nearly 20 years, holding a number of positions before being appointed to the position of Manager Systems Support. She came to the organisation with extensive experience in finance, administration and training.

Narelle holds qualifications in the areas of accounting and business management. She has extensive expertise in the area of effective use of our client relationship management system and management of the interface with accounting, payroll and statistical functions.

Narelle’s goal is to ensure quality back office support and a high level of customer service to underpin ALARA’s service delivery and continue to adapt our systems and processes to ensure a seamless transition into a new operating environment.